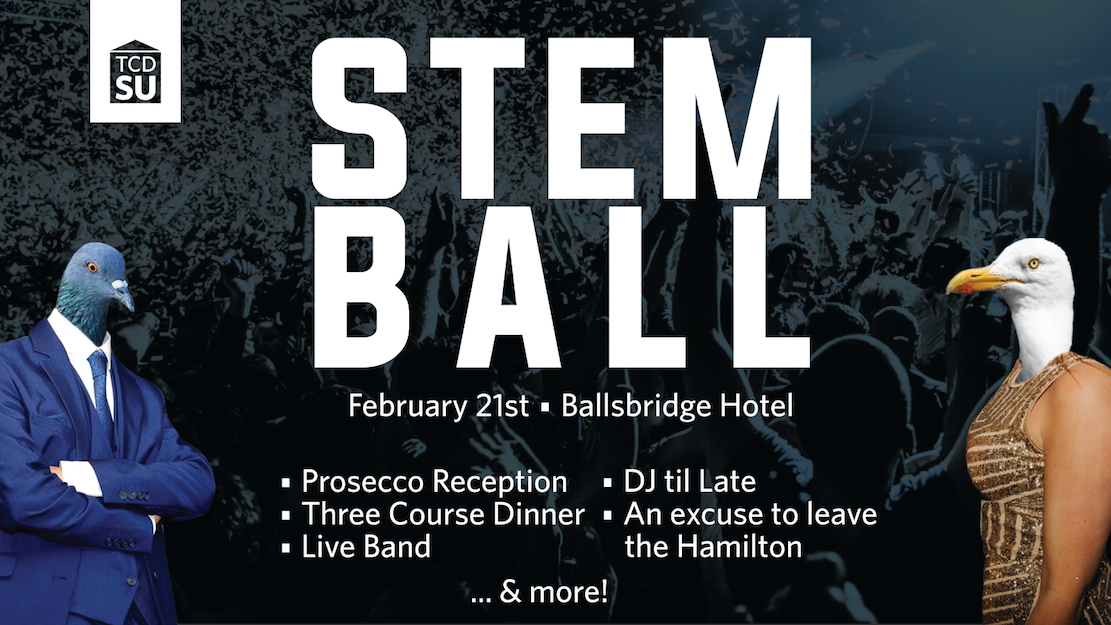 Two scientists walked into a bar. They should have been looking where they were going.A few hundred Scientists, Engineers and Mathematicians walk into the Ballsbridge hotel on the 21st of February and have the best party they’ve had all year. STEM Ball 2020 promises to be the best one yet, and not just because it’s the first one

*Full Tickets will include…

– An excuse to leave the Hamilton

*Science ball has been rebranded to STEM ball for 2020. So if you were waiting for Science ball to be announced; here it is.